How To Build a LEGO® Pinewood Derby Car in 6 Steps

If you are NOT required to use the wood block, wheels and axles from your kit, then you can build a complete, fast LEGO Derby Car using Pinewood Pro's new PRO Brick Wheel Assembly and Zinc Brick Weight that snap into any LEGO part. Read our Guide for Building a LEGO Derby Car for Racing.

Before doing anything else to your block, I strongly recommend drilling your axle slots. While drilling axle holes is not required, this will save you lots of time and help you avoid several problems. Consider these advantages.

If you have a drill press (or know someone with one), you can drill the axle slot or drill new axle holes. I've found a #43 drill bit to be the optimal diameter for pinewood derby axles.

If you don't have a drill press, the PRO Driller Tool from Pinewood Pro is easy to use and comes with a 2.2mm drill bit.

The perfect block to build a LEGO pinewood derby car is a BSA block cut 1/2" high. While you can make the block even thinner, you risk developing cracks, especially if you don't drill the axle holes. 1/2" also leaves enough wood for tungsten cylinders to weight your car.

The Thin Cut pinewood derby car below features drilled axles slots and an optional axle hole in the left front to raise a wheel (a well know speed trick).


If you don't want to cut your block or drill axle holes, you might want to use the Drilled Wedge Block that features drilled axle holes with a raised wheel option. It also includes pre-drilled 3/8" weight holes for tungsten cylinders.

Now that you have your axle slots drilled, you need to remove lots of wood from your car block so the block is lighter and you have plenty of room for your LEGO parts.

Cut the block lengthwise ¼" above the top of the axle slot. If you choose to, you can shape the block to make the nose sharper or bring in the sides but whatever you do be sure to leave ¼" above and on both sides of the axle slot so there is enough wood to support your axles.

If you have less than ¼" of wood around your axles and you didn't drill your axle slots (step 1 above!), your axles may split the wood when you insert them.

After you cut your block, sand it to remove the rough areas. This will help your LEGO parts adhere better to the wood.

I know you are anxious to glue some LEGO parts onto your block, but I suggest you prepare and paint the block first. If you try to sand or paint the block after you have applied LEGO parts, you will inevitably get paint on the LEGO parts and ruin your cool looking car.

Sand all the sharp edges and rough areas. Next apply one or two coats of sanding sealer because pine wood is very porous and if you don't have a base coat, it will soak up the first coat of paint.

Before painting, think about what type of LEGO car you want to build and choose an appropriate color for the base. You might want a solid black base so it kind of disappears or you might want a bright red base to make your car hot or yellow or white so you can apply flames decals that will stand out.

Once you finished painting the base and applying decals, you should put a coat of clear lacquer sealer over it to protect the paint job and your decals.

Step 4: Secure LEGO base plates to your block

The next step is to glue LEGO base plates on the top of the car. Base plates are the thin plates that come in various sizes like 2x2, 4x4, 4x12, etc. You can use any combination of base plates.

You can get creative with the colors of your base plates making one side one color and the other another color, or mix and match lots of colors for a rainbow effect.

To get the maximum flexibility you would want to cover the entire top of the block with LEGO base plates. But if you don't have enough base plates, you can spread them out and build your car above the base plates with bigger LEGO parts.

Once you have all the base plates in place, glue them down with a good epoxy glue. I've seen too many cars crash at the finish line or slam hard into the stopper and the last thing you want is your base plates to dislodge and send your LEGO car to come apart and sprawl across the floor.

LEGO Pinewood Derby Car Design Hint:
Connect the 2nd layer of LEGO parts onto the base plates before gluing the base plates to your pinewood derby block. This insures that your base plates are lined up perfectly. If you glue them down first and they are not aligned, your LEGO parts won't connect!

The only requirements are that your car should not exceed 7 inches long or be wider than the block plus the wheels, 2.5 inches.

In addition, your car should not be higher than 4 inches so it doesn't hit the bottom of the timer gate.

Once you have the LEGO car built, I you need to glue the parts in place. Glue LEGO parts together?? Yes! For the same reasons I described above, pinewood derby cars come screaming down the track and often slam into each other at the finish gate or into the stopper. The faster your car is, the more force it exerts at the finish line.

There is another critical reason for gluing your parts together…graphite!

Friction is the enemy of speed but it is the friend of LEGO parts!

You need to lubricate (graphite or Nyoil) your axles if you want a competitive car and once that migrates to your LEGO parts (trust me, it will), then those neat little LEGO connections will get lubricated and parts will start popping off like Cub Scout popcorn!

Like all pinewood derby cars, your LEGO pinewood car needs weight to reach maximum velocity at the finish line. One essential speed requirement is to make your car weigh as close to 5 oz as possible.


While you can find ways to insert traditional pinewood derby weights, like tungsten cylinders or tungsten putty, the easiest way to add weight to a LEGO car is with a LEGO Zinc Brick weight.

Each zinc weight is .44oz and easily snaps onto any LEGO part just like any other LEGO brick.

LEGO is a trademark of the LEGO Group, which does not authorize, sponsor or endorse this site. 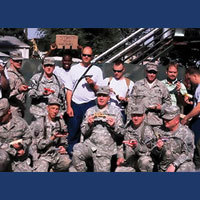 Joe, Thanks for all your help, Winning Secrets book and support for the Military here in Kabul, Afghanistan. The guys had a blast building and racing their pinewood derby cars. Start Your Engines! - N. RUTTER, MSGT, USAF
Camp Eggers, Kabul, Afghanistan 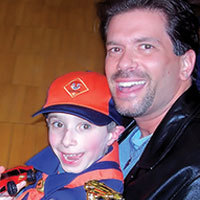 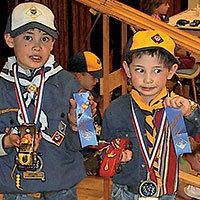 My sons won 2nd place Medals for their classes. Their winnings were made possible by your manual, personal assistance and Pinewood Pro tools and products. Thank You Joe for being the man you are and providing a service to our Youth. - Mark, WA

If you are using 3/8" round weights, drill your 3/8" weight holes before cutting out the rest of the car because it is easier to hold the full block. Always use a clamp to hold your block before drilling or cutting. Safety First!

Looking for a pinewood derby car design template? Select from over 30 of Pinewood Pro's award winning Pinewood Derby Car Designs. They include everything from race cars to Military cars to a Nike Sneaker!